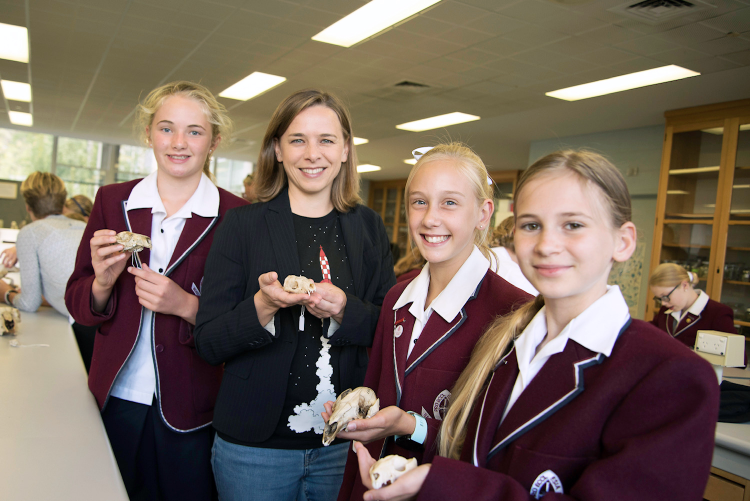 Professor Lisa Harvey-Smith is the Australian Government’s Women in STEM Ambassador and a Professor of Practice at the University of New South Wales. In her role as Women in STEM Ambassador, Professor Harvey-Smith is responsible for mobilising Australia’s business leaders, educators and policymakers to increase the participation of women and girls in Science, Technology, Engineering and Mathematics (STEM) studies and careers.

She is an award-winning astrophysicist with research interests in the birth and death of stars and supermassive black holes. Lisa serves on the Australian Space Agency’s Advisory Group, the SciTech Advisory Group, and is a member of the Questacon Advisory Group and Chief Executive Women, among others. She worked for over a decade on the Australian Square Kilometre Array Pathfinder Telescope (ASKAP) – a continent-spanning next-generation radio telescope that will survey billions of years of cosmic history.

She is a presenter on the popular ABC Television show Stargazing Live, a frequent keynote speaker, and a regular science and gender equity commentator on TV and radio. In 2016 she was awarded the Eureka Prize for Promoting the Understanding of Australian Science Research and was a recipient of the CSIRO Chairman’s Medal for her contributions to the Australian SKA Pathfinder Telescope.

Harvey-Smith has written five popular science books, including award-winning titles: Aliens and Other Worlds, Little book BIG universe, When Galaxies Collide, Under the Stars: Astrophysics for Bedtime, and The Secret Life of Stars. She has performed in theatres across Australia, including her self-penned When Galaxies Collide tour in 2018 and live tours with Apollo moon walking astronauts Buzz Aldrin, Charlie Duke and Gene Cernan.