The Future You online platform is aimed at children aged 8 to 12 and features 12 diverse characters with careers that use science, technology, engineering and mathematics (STEM) skills. The characters include a builder, miner, game designer, nurse and a Moon to Mars Mission Director created in collaboration with the Australian Space Agency. The campaign features an animation and original song showcasing how the characters use STEM in their jobs, as well as interactive games and other educational content. Since it was launched in October 2022, 2.3 million young Australians, parents and carers have explored the campaign

Future You is all about exciting and informing young people about the vast array of career options that use STEM skills and breaking down gender stereotypes about who works in STEM. This national awareness-raising initiative is funded by a $1.5M investment from the Australian Government.

Future You inspires girls to see their future selves in a range of jobs using STEM skills. An important aspect of this campaign was to highlight recognisable jobs which use STEM skills but are not typically associated with STEM – for example, nurse and farmer.

The Future You pilot campaign was evaluated to measure how the campaign changed awareness, interest and gender perceptions of STEM careers.  The campaign increased interest in STEM jobs among children, particularly girls, for whom strong interest increased three-fold. More children identified STEM jobs as careers for women, or women and men equally, after engaging with Future You. 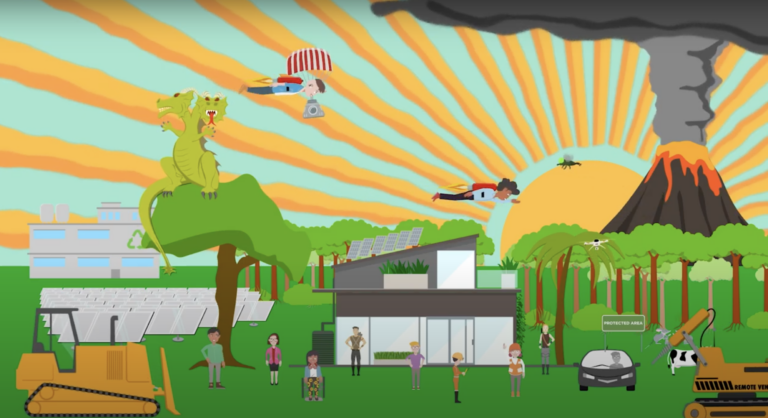 The following metrics were measured in the campaign evaluation:

A total of 610 kids and parents completed an online survey before the campaign started. Then, 1786 completed a similar survey at the end of the one-month campaign.

STEM jobs: who are they for?

Future You had an effect on both children’s and parents’ perceptions of ‘stereotyped’ jobs, i.e. jobs that are perceived to be for women or men only. Results show that, after engaging with the campaign, there was a small shift in children and parents perceiving STEM jobs as for men and women “equally”. What shifted most, however, was the proportion of participants who perceived certain STEM jobs as being for the gender corresponding to the STEM character. This was a direct objective of the campaign – to break gender stereotypes in different STEM jobs.

Among parents, perception of STEM jobs as careers for women (overall) is somewhat linked to gender of characters used in the campaign. For example, parents were more likely to think of jobs such as sports scientist, game designer and builder as jobs for women. Parents’ views of nurse as being a job for men increased from 3% to 11%. The proportion of parents who perceived food technologist and ecologist as being for men also increased.

A similar effect happened with children: more children perceived nurse to be a job for men and women equally, and less for women only, after engaging with the campaign. The nurse was a man character.

There was a statistically significant increase in children who reported being “very interested” in STEM after seeing the campaign (from 36% before to 63% after). This increase was especially strong in girls, with their interest in STEM growing three-fold (from 20% to 68% after the campaign).

Were participants aware of jobs involving study of STEM subjects?

Children’s awareness of jobs involving STEM study improved for some of the less ‘obvious’ STEM jobs. There was no significant change in parents’ awareness of careers that require the study of a STEM subject.

It is possible that overall awareness of STEM jobs amongst parents and carers did not improve significantly because of the one-month campaign period. This is a relatively short amount of time to counter ideas about STEM that are pervasive and ingrained.

We need to improve understanding of what is STEM

Before the campaign, only 29% of children knew what the STEM acronym stands for. This increased by 9% after interacting with Future You. These findings suggest that we need to improve children’s understanding of what is STEM.

The future of Future You

STEM areas of study and work help drive Australia’s economic growth and development. Diversity in these fields is a catalyst for innovation. In 2021 we will use the learnings from the evaluation of the first month of Future You to continue breaking down STEM stereotypes to attract talent from diverse backgrounds into STEM.

Help us continue this work to break gender and other stereotypes in STEM. Visit the Future You microsite, and share it with other parents and carers, and 8-12 year olds in your life:  https://womeninstem.org.au/futureyou/

Clara Gomes is a communicator and writer. She is passionate about creating a more equitable STEM sector in Australia. As the Digital Content Officer for the Office of the Women in STEM Ambassador, Clara creates, edits and shares content on the Office's social channels and website.

Lauren Sullivan is the program coordinator for Future You, a national awareness-raising initiative funded by a $1.5M investment from the Australian Government. She has a science background in molecular and cell biology and biotechnology and a range of science communication experience. Through Future You she is helping to break down ingrained STEM job stereotypes.

Isabelle Kingsley is a researcher, science communicator and educator. Her research focuses on measuring the impacts of science education and outreach. As Research Associate for the Office of the Women in STEM Ambassador, Isabelle is investigating gender issues to inform how to drive needed cultural and social change for gender equity in STEM across Australia.

Read our other publications

The Office of the Women in STEM Ambassador supports publications about women's participation in STEM in Australia. Click to find out more.

Explore science communication programs for women in STEM, podcasts about STEM gender equity and other resources. Click to find out more.